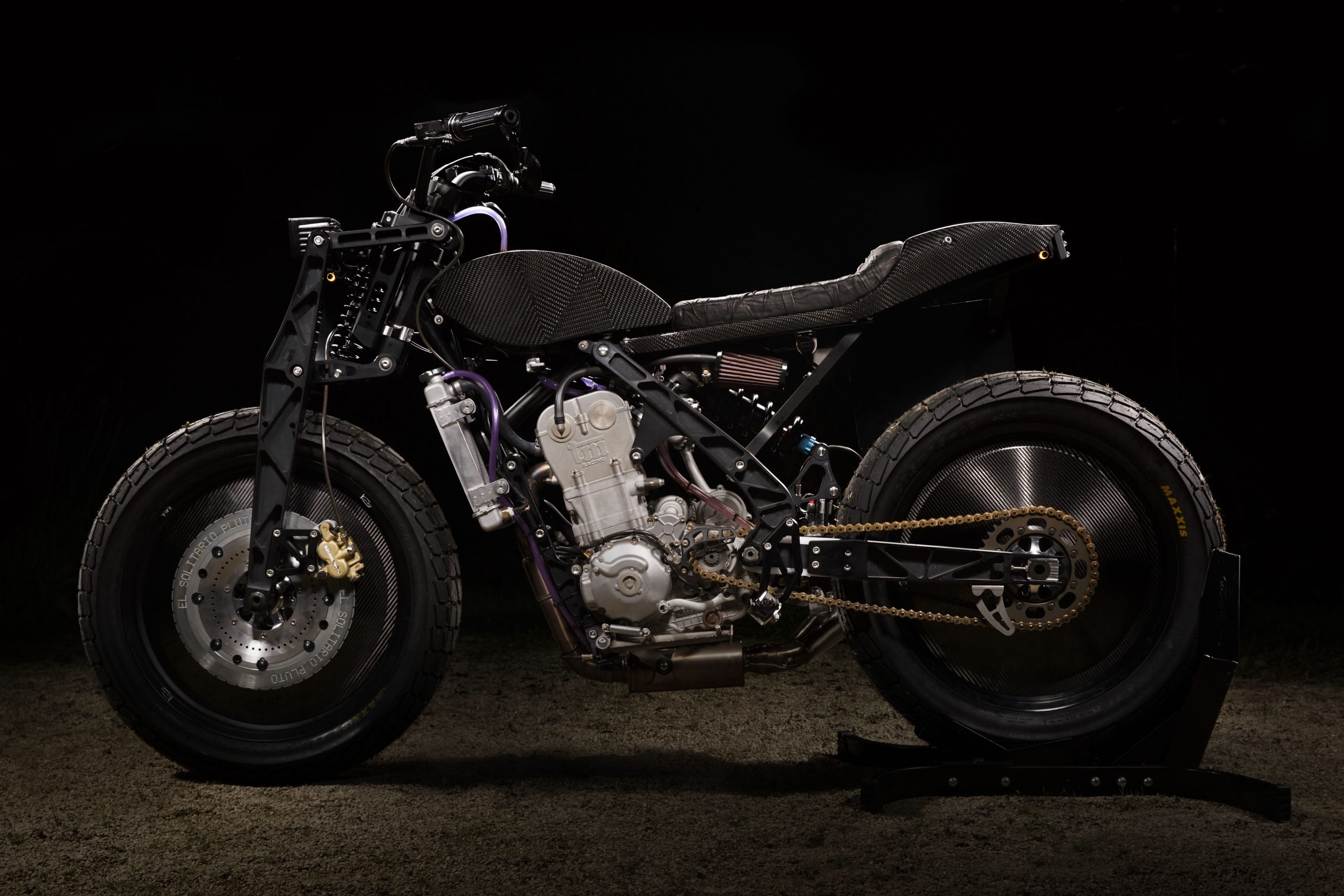 I know it is a radical, purpose built, racing bike, with nothing left to chance, but thats what happens with flat trackers, the stance just seems so right, they let your imagination go wild

I think it was in the Sideburn blog where I first saw the Zaeta, maybe 5 years ago. The bike immediately seduced me and got me fantasizing about how cool it would be to ride it like a hooligan on any terrains. I know it is a radical, purpose built, racing bike, with nothing left to chance, but thats what happens with flat trackers, the stance just seems so right, they let your imagination go wild.

Then sometime later I red about Paolo and his original ideal of what his dream bike was, and how he put all the meat on the grill to make it happen. Fuck I admired that man and I didn’t even know him yet. I guess it was meant to happen, the meeting of the troublemakers. Some years passed and one day BANG! “Paolo, I want to make a Solitarization of the Zaeta. What do you think?” His answer was a straight fuck yes! Lets do it wolf! Some months later I had a black framed, sexy as hell, Zaeta arriving in our studio. 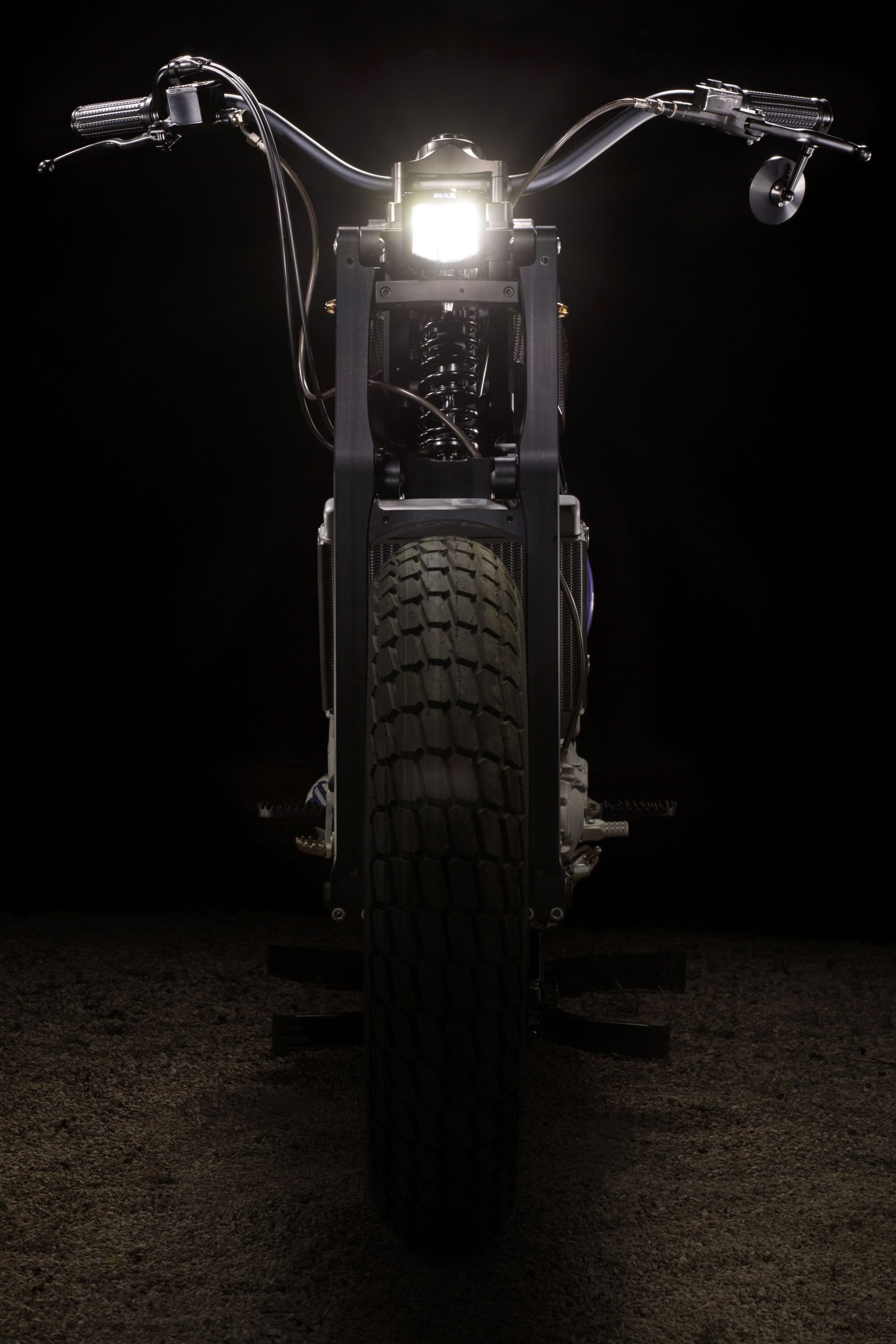 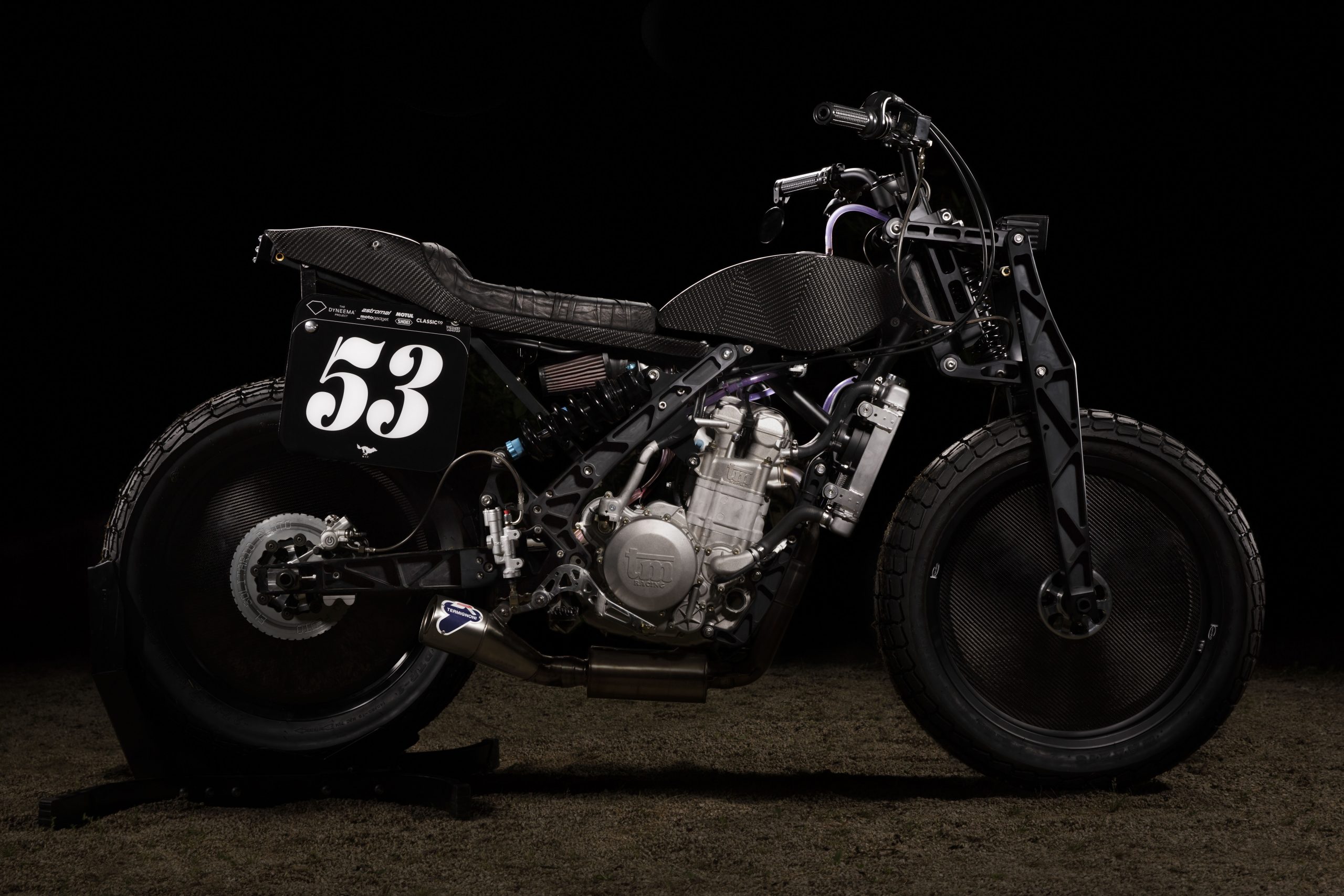 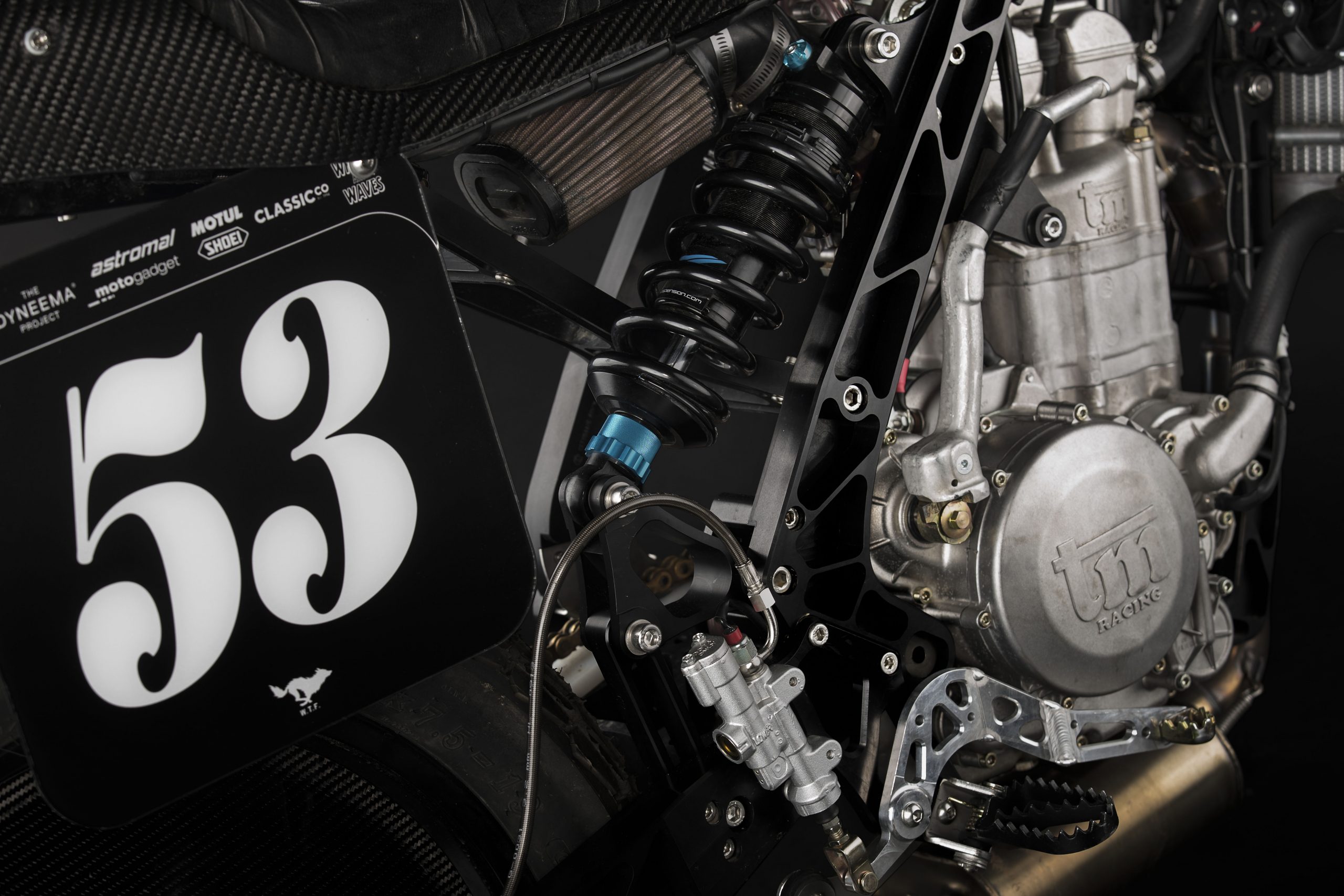 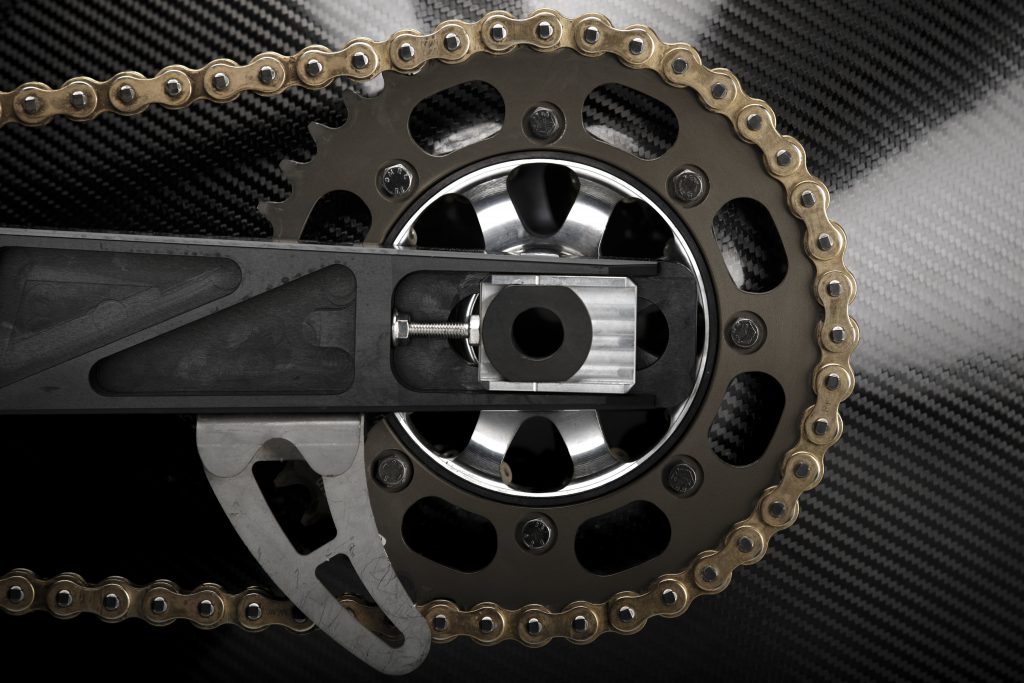 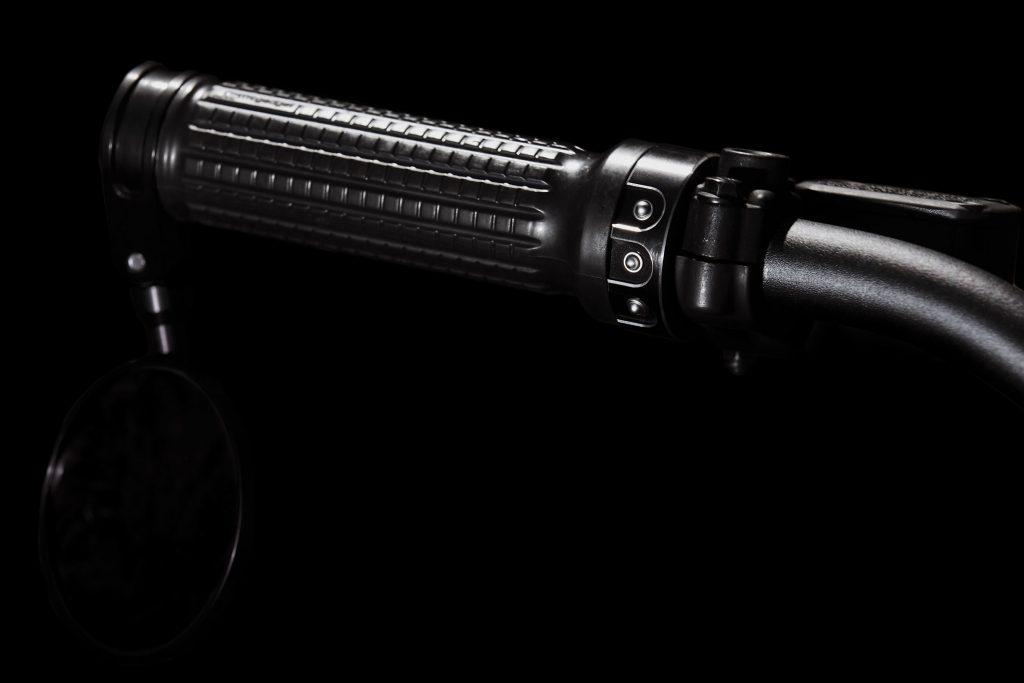 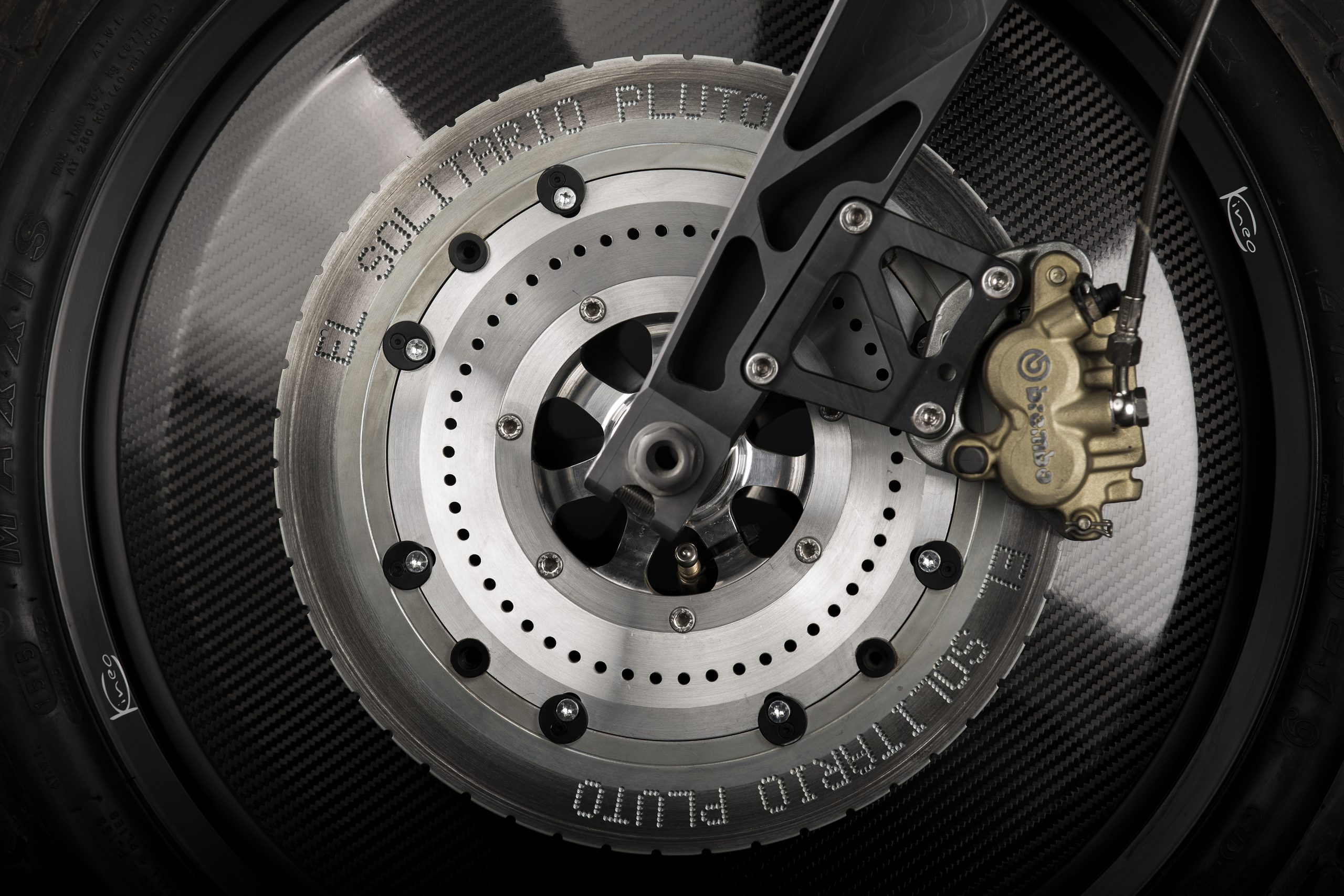 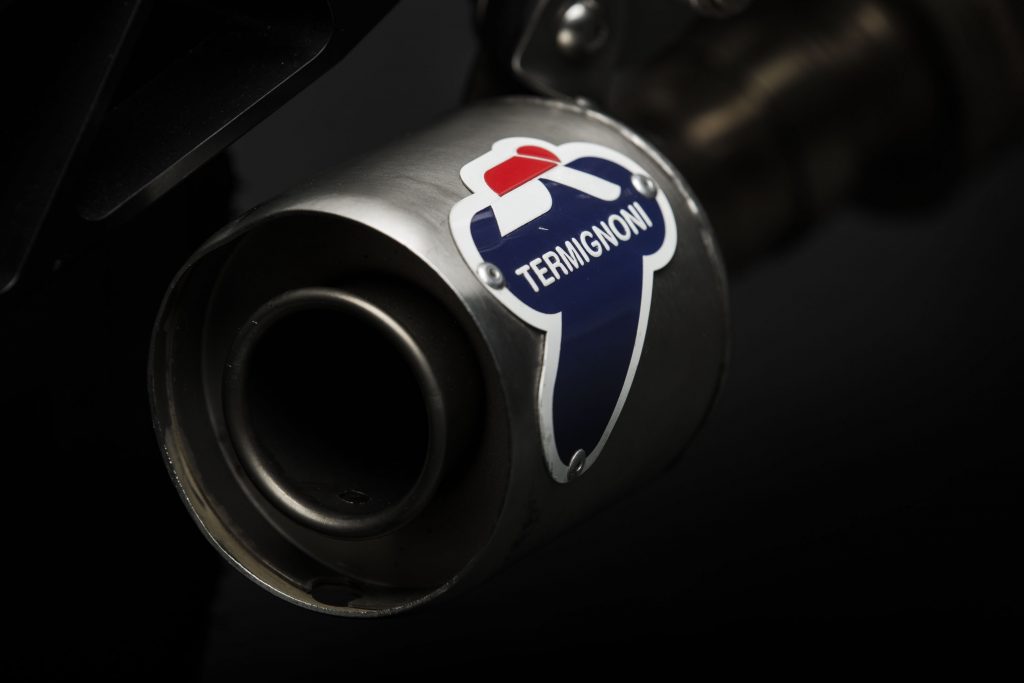 The Zaeta is a Steet-Legal-Pure-Flat-Track-Race-Bike, (With only 115 kg, 528 cc and 67 HP, delivered from its flat slide Keihin Carb), and when our darkest satanic treatment was to be applied we were only sure that we wanted to respect its DNA. Also in El Sol we have evolved. The ethos remains the same but we are more confident and know better now. What I’m saying is that in the first days we felt an urge to proof what we were capable of and sometimes pushed too hard just for the sake of it. Nowadays we are more collaborative and appreciate when something is good enough don’t suffering the urge to force our DNA on our allies. The inclusion of racing in the centerfold of El Solitario’s activities with Mauro at the helm has also taught us a great deal.

When Paolo mentioned the possibility of designing some girder forks I went nuts! like a 10 year old. WE NEED TO MAKE IT HAPPEN! Then Giulio Bernadelle (Among other things Kineo Wheels founder) started working on it. A few months later we had some amazing cads, that were soon followed by an impressive plastic prototype. As soon as we installed it on the bike, we knew we were onto something rad. The aluminum final part is INCREDIBLE and looks menacing and fast. How would it handle? This was the million dollar question, but no one had a clue… The worst part was the time frame. You wouldn’t believe me If I told you that the front forks arrived just hours before EL Rollo Flat Track Race, where Mauro hit the podium in the final!

E.S. one off Carbon fiber wheel discs made with Astromal Speedway Parts 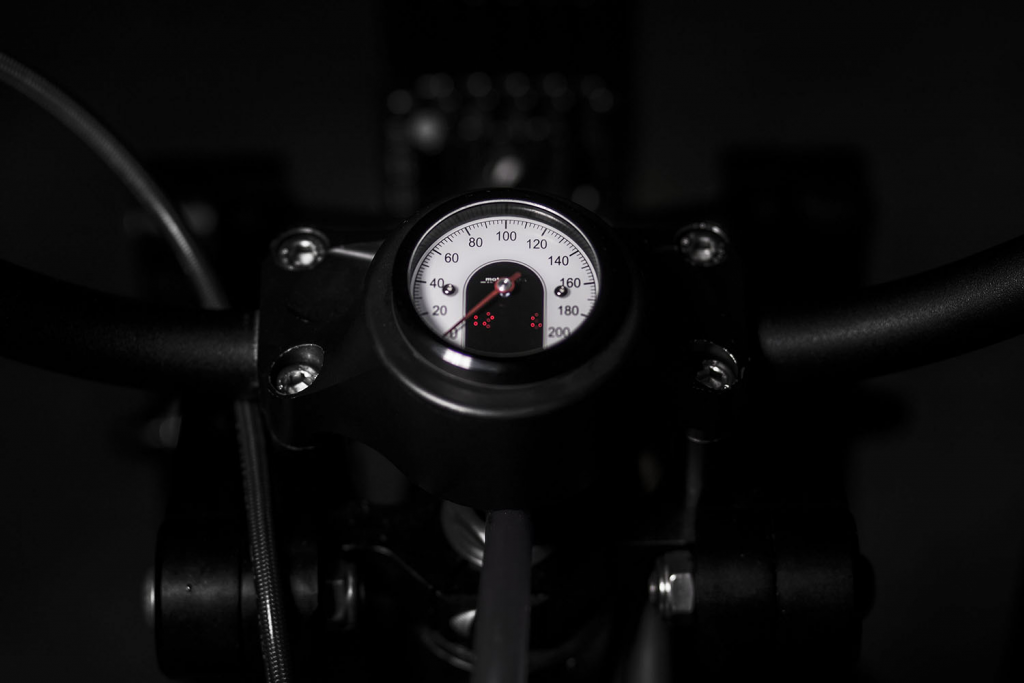 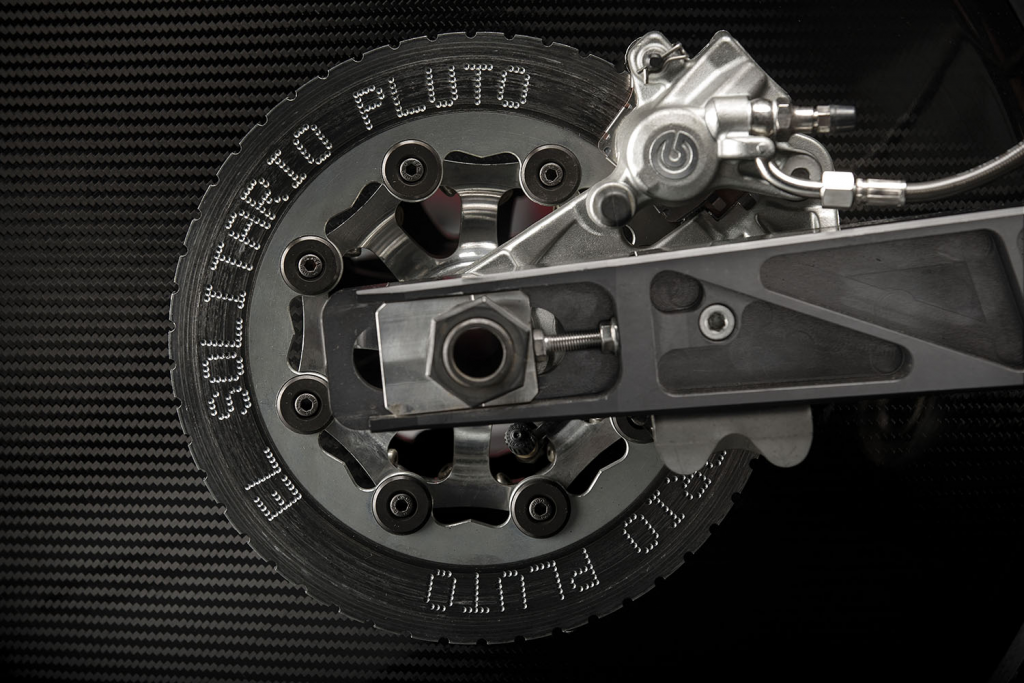 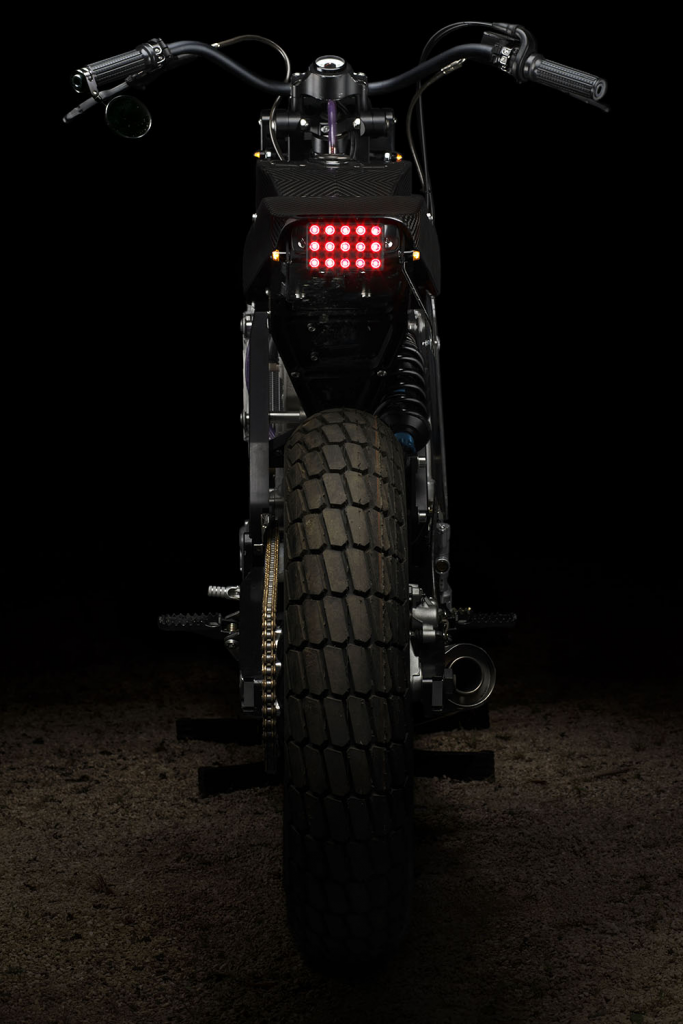